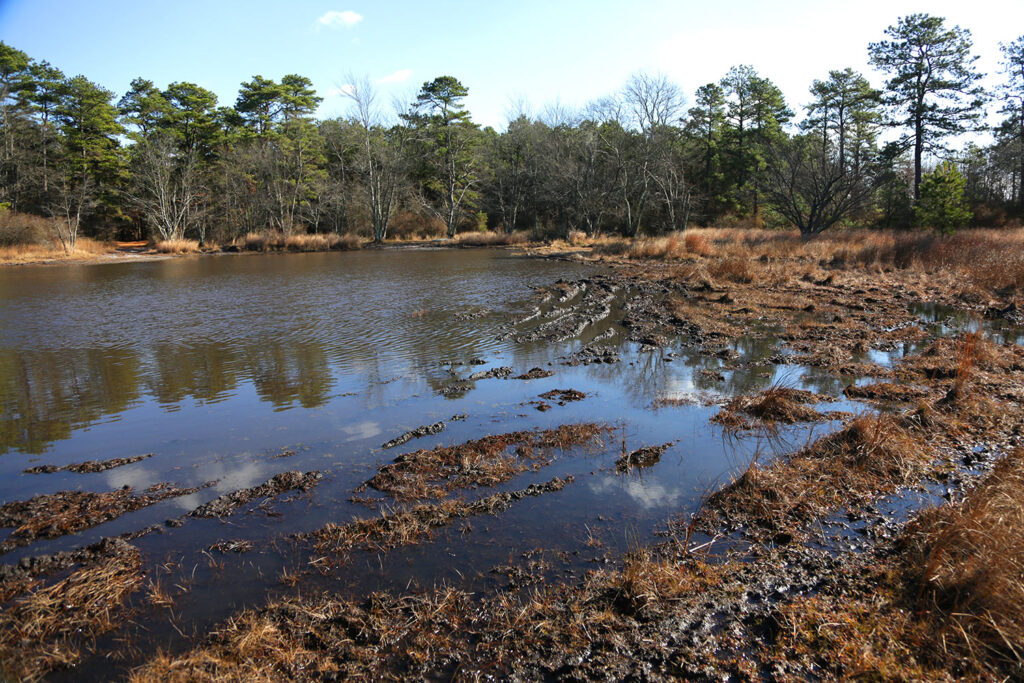 Road Designations for the Pinelands

The Pinelands Commission needs to designate which forest paths are and are not appropriate for motor vehicle use within the Pinelands National Reserve and they must start with Wharton State Forest.  The Pinelands Comprehensive Management Plan gives the Commission the authority to do this.

The New Jersey Department of Environmental Protection has refused to designate what is and is NOT a road in Wharton State Forest.  Inaction by the state has meant that dozens of ice-age dunes that serve as critical habitat for Pine Snakes and Pickering’s Morning Glory have been turned into ATV and dirt bike tracks, rife with trash and fire pits. Ponds (like the one shown above) and savannahs that sustained critical habitat for thousands of years have been turned into lifeless mudding arenas by unscrupulous truck, jeep, and ATV operators who have no sympathy for the plants and animals that depend on them to survive. Unique geological hills such as Jemima Mount have been deeply gullied by the frequent erosion caused by the spinning of tires from those who want to test their machines on the landscape. We need to establish a culture-wide land ethic in the Pines and this can be the first major step in that direction.

There are many areas that are still in pristine condition, that are now at risk from this motorized catastrophe.  Other areas might be able to recover if given the chance. The land in the Pine Barrens that has been afforded the highest protections from development has been left to fend for itself from the random onslaught of ORV drivers.  In some areas, the damage is akin to industrial mining in scope and consequence. We must act now to protect the natural beauty and ecological integrity of our public land.

The Pinelands Commission must implement these designations in Wharton State Forest. It is the largest tract of land owned by the state within the Pinelands boundaries.  It has become a multi-state destination for ORV drivers who know the Park Police can’t effectively patrol the spaghetti network of unmanaged trails. We have documented over 86 distinct locations in Wharton State Forest that have been subject to this type of abuse and the list is growing.  We can’t afford to wait.

One response to “Road Designations for the Pinelands”