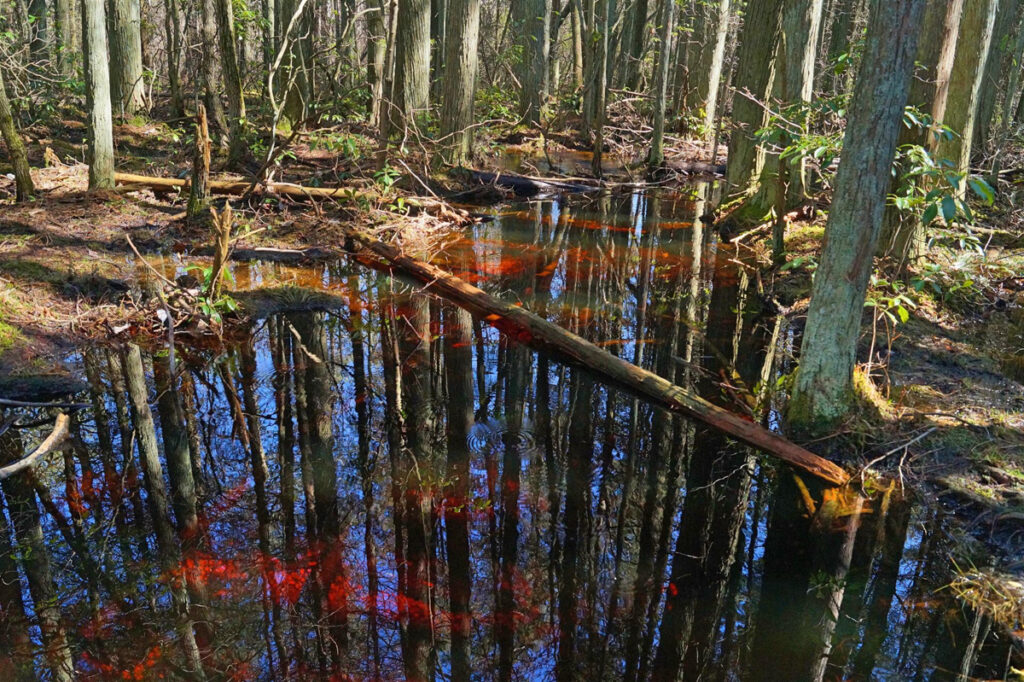 The Kirkwood-Cohansey (K-C) aquifer is a critical source of water in the Pinelands.  Ninety percent of the water found our streams, rivers and wetlands is supplied by this aquifer system. Additionally, about one million people depend on the K-C aquifer (and its related aquifers) for their drinking water.

Since it is located just beneath the land’s surface it is easily polluted by fertilizers, pesticides and runoff from roads and parking lots. About 3,000 wells pump an estimated 35 billion gallons of water from the aquifer each year. Over pumping of the aquifer can literally drain ponds and wetlands habitats with long-lasting harm to the Pinelands ecosystem as well as cause public and private drinking water wells to fail.

For decades we have pressed the Pinelands Commission to strengthen their rules and better protect the aquifer from excessive withdraws for human use.  The Commission and its partners have taken steps to understand factors impacting water levels in the K-C aquifer, and its subsequent impacts on habitat and wildlife. In 2001, the NJ Legislature appropriated $5.5M for the Commission to study the issue; since this time, 12 scientific studies have been completed that form the basis of understanding for the following proposed changes to the CMP:

In summary these changes are:

PPA supports all of these changes, but we are concerned about a few others as noted below:

The Commission is accepting public comment on these amendments until November 5, 2022. Submit your comments!

Your comments must include your name and mailing address.  Comments can be submitted by email to planning@pinelands.nj.gov, via fax at (609) 894-7330 or sent directly to the Pinelands Commission office, P.O. Box 359, New Lisbon, New Jersey 08064 to the attention of Susan R. Grogan, Acting Executive Director.

The Commission will hold a virtual public hearing on Wednesday, October 12th at 9:30 AM.  To view the hearing live, use this link to the Pinelands Commission’s YouTube channel. The public can provide comment during the hearing by calling (929) 205-6099 and using Meeting ID: 815 0448 8031.

If you have questions please contact Jack McCausland, Water Outreach Specialist at jack@pinelandsalliance.org.