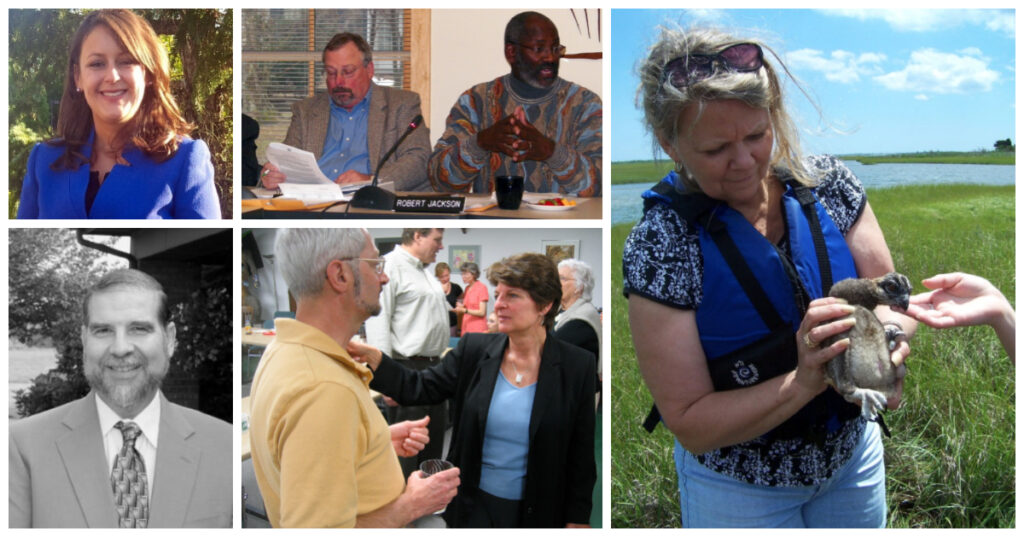 Nominations to the Pinelands Commission Start Over

The first step has been taken. Now it’s up to the Senate.

On March 16th, Governor Murphy nominated five highly qualified, experienced conservationists to the Pinelands Commission: Jennifer Coffey, Robert Jackson, Theresa Lettman, Ed Lloyd and Jessica Rittler Sanchez. Sound familiar? It should. In 2019, he made the same nominations. Unfortunately, due to inaction by the state Senate, the process had to start over.

Now that the Governor picked his candidates, they must receive a sign-off by their “home” Senators. Last year, two of the candidates were unable to receive that go ahead, probably due to political horse-trading. But even the other three nominees did not move on to the next step: a vote in the Senate Judiciary Committee. The committee’s agenda is set by the chair, Senator Scutari, as well as Senate President Sweeney. Despite hundreds of phone calls and emails from New Jerseyans urging the confirmation of new Pinelands Commissioners, the candidates were never placed on the Judiciary’s agenda. The legislative session ended in January, resetting the nominations.

Inaction by the Senate took its toll last year. Vacant seats, as well as a number of Commissioners wanting to step down, led to a frequent lack of quorum on voting matters, and the Pinelands Commission almost ground to a halt in 2019.

But there is reason for hope this time! Thanks to all the phone calls and emails, in-person meetings and meet-and-greet events with Senators over the past year, there is a greater awareness of the Pinelands Commission and its expansive responsibility to protect the Pines. Supporters of the Pinelands in North Jersey are contacting their legislators, and lawmakers are realizing the urgency of protecting this unique and fragile National Reserve by confirming qualified Commissioners.

Right now, the State’s top priority is to keep New Jersey’s residents safe from the coronavirus during this outbreak and we completely agree. But PPA and our partners continue to work to advance these nominations, and we will keep you updated.

Spending time outdoors and exploring the beauty of the Pines can be a great way to de-stress during these challenging times. While your political representatives may be working remotely these days, they can still receive phone calls and emails from their constituents about the rare, beautiful Pinelands gem that is a credit to the entire state.

4 responses to “Nominations to the Pinelands Commission Start Over”