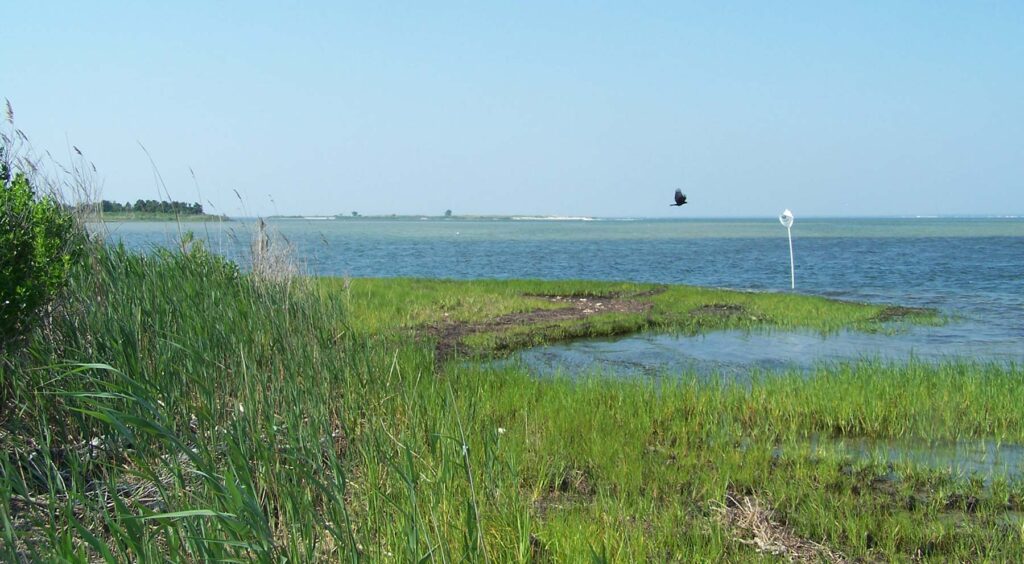 Governor Christie has released his long-awaited plan to restore Barnegat Bay.  Click here for the Plan and here for the press release.

The key things causing Barnegat Bay’s ecological decline are (a) excessive nutrients (particularly nitrogen) flowing into the Bay from human activities in the watershed and beyond, and (b) the cooling system of the Oyster Creek Nuclear Generating Station, which sucks in many billions of gallons of water, heats it, treats it with deadly chemicals, then releases it back into the Bay.  The Governor’s Plan speaks to both these issues.  It represents a start in the right direction, but leaves the key issues for future decisions and actions that may never come about.

One of the basic challenges facing restoration of the Bay is the fact that its watershed is politically fragmented: about a third of the watershed is in the Pinelands Area, where the Pinelands Commission plans land use change; about a third is in the Coastal Zone, where the Department of Environmental Protection (DEP) applies the very weak “CAFRA” rules over development; and about a third is left entirely to municipal zoning, which has fostered truly egregious sprawl in the northern third of the Barnegat Bay watershed.

Here’s a quick summary of PPA’s view of the Plan:

1.       The Plan contains some good first steps towards restoring the Bay.

2.       The Plan shows a recognition that government – and citizens – must see the Bay and its watershed as an integral whole if the Bay’s ecological problems are going to be solved.  We cannot continue leaving this issue to individual municipal governments, the Pinelands, and CAFRA, each doing its own thing for its own reasons.

3.       The Governor commits to funding the repair and retrofit of failing stormwater systems, of land acquisition, and of planning work.

4.       The Governor states his support for important statewide legislation on lawn fertilizers and soil restoration.

5.       The Plan says the state will support and participate in education efforts aimed at showing the public how to reduce nutrient contamination of the Bay.

6.       The Plan commits to protecting more sensitive areas from harm by boats and personal water craft.

1.       The Plan does not directly address the critical need to stop developing more forests and other natural areas in the watershed.  In fact, the Governor’s press release and plan document make no mention of this issue at all.  It is possible the problem of overdevelopment can be addressed through implementation of a Special Area Management Plan (SAMP), which is included in the Plan.

2.       Creating and implementing a Special Area Management Plan (SAMP) could work to get a handle on sprawl and continuing destruction of forests in the watershed, but the Governor’s Plan leaves the SAMP’s features and implementation completely unspecified.  SAMPs are authorized by the federal Coastal Zone Management Act, but the Act leaves their contents and implementation entirely up to the states that create them.  If the SAMP does not take on land use change, and does not have an enforcement mechanism to control municipal zoning and developers’ actions, then the Plan will be defeated by continuing sprawl development of the watershed’s remaining developable land.

3.       In fact, the Plan does not actually commit to creating enforceable nutrient contamination standards for the Bay and its watershed.  It says DEP will adopt “narrative” criteria for nutrients, as opposed to numerical standards, but such narrative standards are generally not enforceable.  The Plan does not commit the state to creating a Total Maximum Daily Load (TMDL) for nutrients – that is, a numerical budget that specifies the maximum nutrients that can be added to the Bay – or any other form of numerical performance standard to reduce the flow of nutrients from human activities into the Bay.

4.       The Plan accepts Exelon’s announced decision to close the Oyster Creek Generating Station by the end of 2019, instead of installing cooling towers to replace the use of Bay water for cooling.  This means the Bay will suffer at least nine more years of destruction as the plant kills every living thing in the 1.4 billion gallons the plant takes in, uses and expels every day.  This approach also does not even guarantee the plant will close – only that it will keep harming the Bay for years to come.

5.       The Plan makes no reference to Low Impact Development (LID), meaning the creative techniques people have found to design developments in order to reduce the nutrients and other contaminants they add to the ecosystem.

6.       The Plan encourages a good research agenda, but does not say the state will actually help carry out or fund that agenda. In addition, scientists have already produced enough studies to move forward with implementing a strategy to clean up the Bay. There is no reason to delay any further to wait for new information.