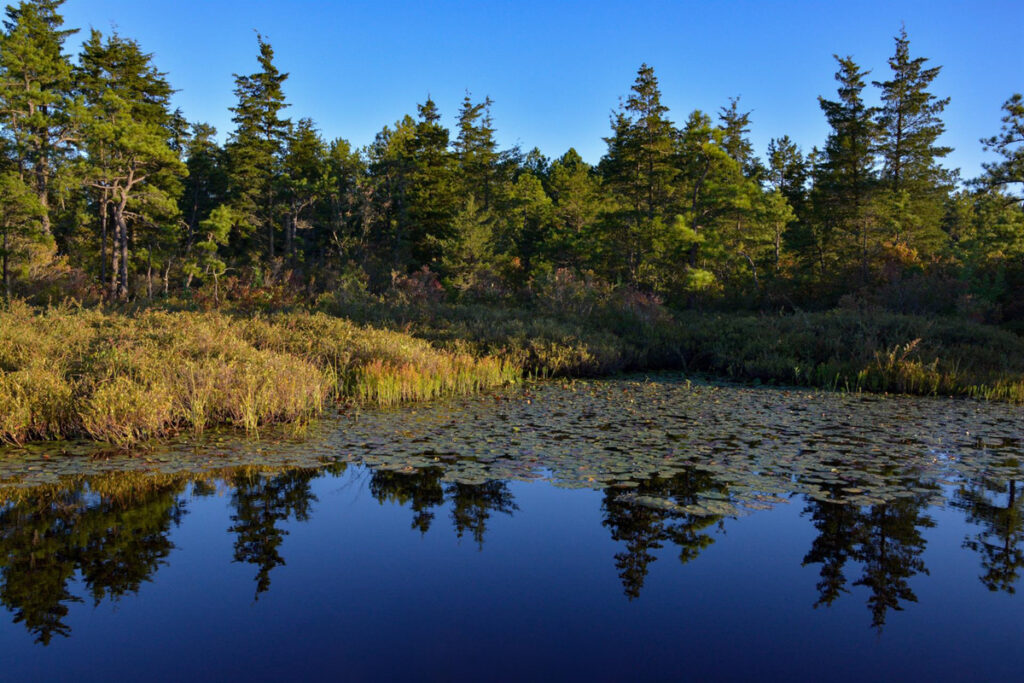 Climate Change and the Pinelands

Climate change mitigation and adaptation is finally on its way to the Pinelands! Following a fruitful discussion at the November 30th meeting of the climate committee of the Pinelands Commission, the Commission now seems poised to make significant progress updating the Comprehensive Management Plan (CMP) to address the challenges of climate change.

The CMP, which has guided all activity in the Pinelands since 1980, still makes no explicit reference to climate change. In March 2021, Pinelands Preservation Alliance drew attention to this fact with the production of a white paper that emphasized the need for action on this front by the Pinelands Commission. A year later, the Commission renamed its climate committee and launched a webpage on the topic. In March 2022, the Commission adopted a resolution to undertake the task of reviewing and amending the CMP to address the threats posed by climate change. The committee’s chair, Mark Lohbauer, issued a letter to the rest of the committee in July outlining a range of ideas that could be explored. As with all major policy changes, progress has been slow—not helped by the fact that climate committee meetings have taken a backseat due to less-than-ideal scheduling that is set to change next year.

Commission members seem eager to make many changes that could help mitigate climate change or reduce its impact on humans and wildlife in the Pinelands. However, each potential change requires extensive background research as well as legal analysis of what is actually within the power of the Commission to enforce. Given the perennial staffing shortages that the Commission faces, the Commissioners must be judicious in selecting what tasks they want to dedicate the limited time of their staff to. Conversation at the last meeting of the Climate committee focused on identifying one or more issues that should be prioritized for development into full proposals for amendments. The Commissioners coalesced around the following issues:

New Jersey already has a requirement for state projects thanks to The New Jersey No Net Loss (NNL) Compensatory Reforestation Act (N.J.S.A. 13:1L-14.1 et. seq.). The Pinelands Commission can adopt a similar provision for all development that results in deforestation of one-half acre or more.  Extensive guidance for determining reforestation requirements is provided in New Jersey’s program guidelines found here.

More low-hanging fruit for the Commission to cherry-pick:

PPA appreciates that Commissioners have demonstrated great ambitions to address climate change in the areas under its jurisdiction. Given that the ambitions of Commissioners are likely greater than the capacity of their staff, PPA is also recommending a couple of low-hanging fruit that should be relatively easy to implement.

What are your thoughts on these ideas? Do you have additional ideas that you think should be prioritized for consideration in the coming year? Please let us know so that we can best represent the voice of our members. We also encourage you to voice your opinions directly to the Commission on this topic: this can be done online or you can provide them orally (in-person or on the phone) at the next meeting of the Climate committee, which is likely to happen in late January 2023. For this and all other meetings of the Pinelands Commission, a time is reserved at the end of the meeting for members of the public to give any comments.

2 responses to “Climate Change and the Pinelands”