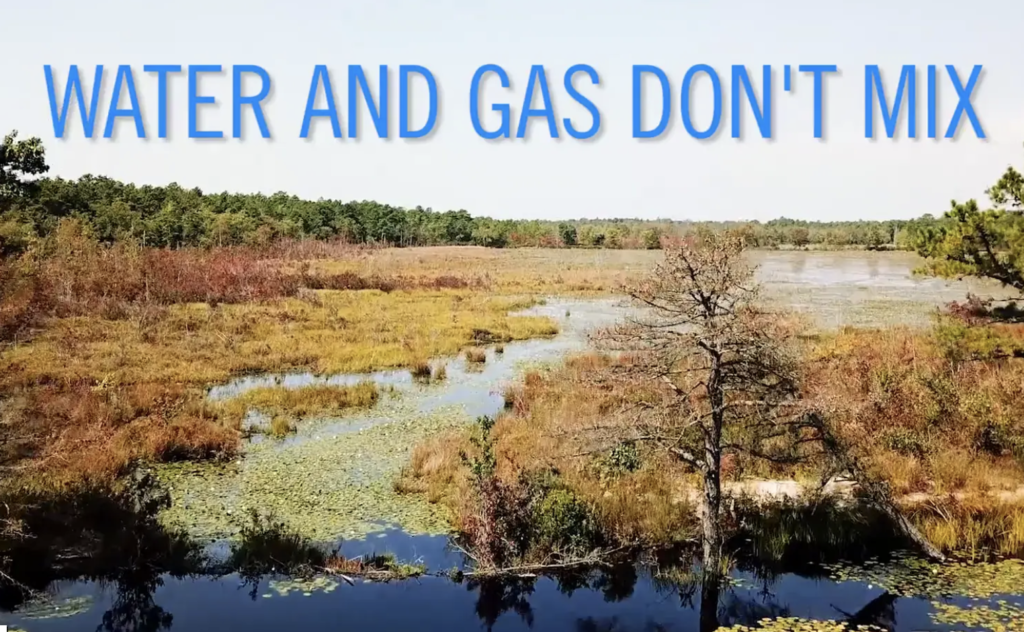 Water and Gas Don't Mix in the Pinelands

The New Jersey Pinelands Commission approved two natural gas pipelines by a slim majority this year. They originally denied the first of these to come before the Commission, the South Jersey Gas pipeline, in 2014, but the governor and his allies replaced two key commissioners and the Commission reversed itself in 2017.  According to former New Jersey Governor, Christine Todd Whitman, the pipeline approvals “undermine” the Pinelands Plan, and “is contrary to what is in the charter for the Pinelands Commission and the protection for the Pine Barrens themselves.” Former Governor Whitman was interviewed by Pinelands Preservation Alliance about the potential pipeline impacts to the Pinelands in a Save the Source video, “Water and Gas Don’t Mix in the Pinelands,” released in October 2017.

Not only does the pipeline approval run contrary to the Pinelands Comprehensive Management Plan, but it also threatens the integrity of the Kirkwood Cohansey Aquifer – a 17 trillion gallon aquifer that serves residents of South Jersey and feeds fresh water into the Delaware River.  A few miles of these pipelines are going to be under streams, rivers, and wetlands, and virtually their entire length will be sunk into the shallow aquifer.  The horizontal drilling process can easily cause materials and chemicals to contaminate the water or change the flow of water in ways that drain or damage surface water bodies.   There was a huge spill in Ohio a couple of months ago that caused two million gallons of drilling mud into a wetland, and the Ohio office for the Environmental Protection Agency estimates that it will take decades for the wetland to recover from this damage.

Not Jobs versus the Environment

Governor Whitman further adds, this issue is “not jobs or protecting the Pine Barrens. We can still have jobs. We can still have energy.  There are different ways of doing it, but we really ought to be very careful about endangering in any way such an important area. It’s also very much about protecting the water supply for literally hundreds of thousands of people which will become far more expensive if you have to put in any kind of plant or any kind of man made system to purify that water and recharge that water from the aquifer.”

Time and again residents and leaders of our state implore our elected officials to do what is right for the Pinelands, right for our water supply, and right by our laws by denying unnecessary energy infrastructure that threatens our natural resources especially our most precious resource – water.  Water and gas don’t mix in the Pinelands or anywhere in New Jersey.  The next governor and administration hopefully will hear the voices, understand the impacts, and follow the letter of the law in deciding on these matters.

To view Save the Source videos, visit www.savethesource.org.