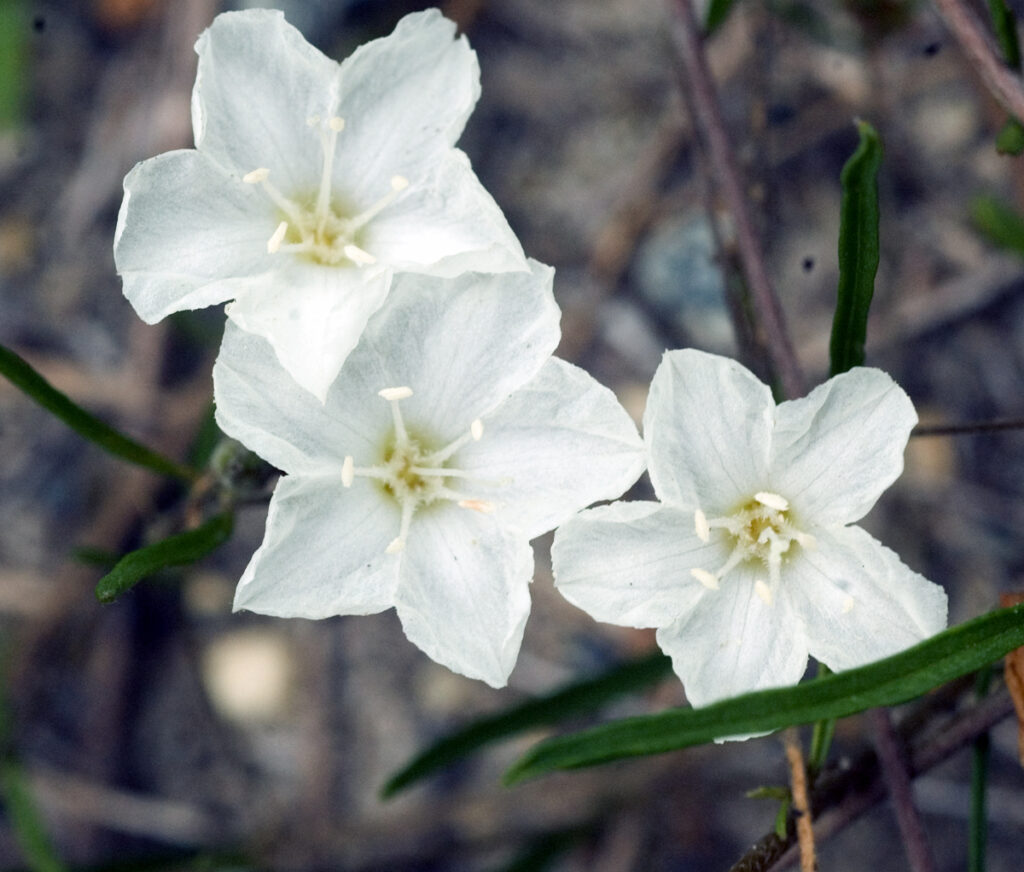 PPA is working to help this vine grow to new heights.

Historic populations of Pickering’s Morning Glory have been damaged or wiped out from illegal off-road vehicle damage, from forest growth that shades out populations, illegal dumping and non-native species.

We have been working with the state of New Jersey and the New Jersey Conservation Foundation to bring this special plant back from the edge of extinction.  We monitor populations of this species which means we count the number of plants found in known populations and compare it year-to-year so we know if the population is stable, increasing or declining.  We did this in early August this year. This allows us to make recommendations on how best to manage the habitat for these populations and increase their success.  Habitat management is done later in August and in the winter.

Population monitoring is a foundational piece to our understanding of population trends, threats and measuring success of restoration projects.

Additionally, Duke Farms in Somerset County is helping to germinate Pickering’s Morning Glory seeds that were collected in the wild. These plants are not easy to grow in the greenhouse but the staff at Duke Farms have been working on techniques that work.  This will allow us to increase populations in the future.

For more information check out this article.