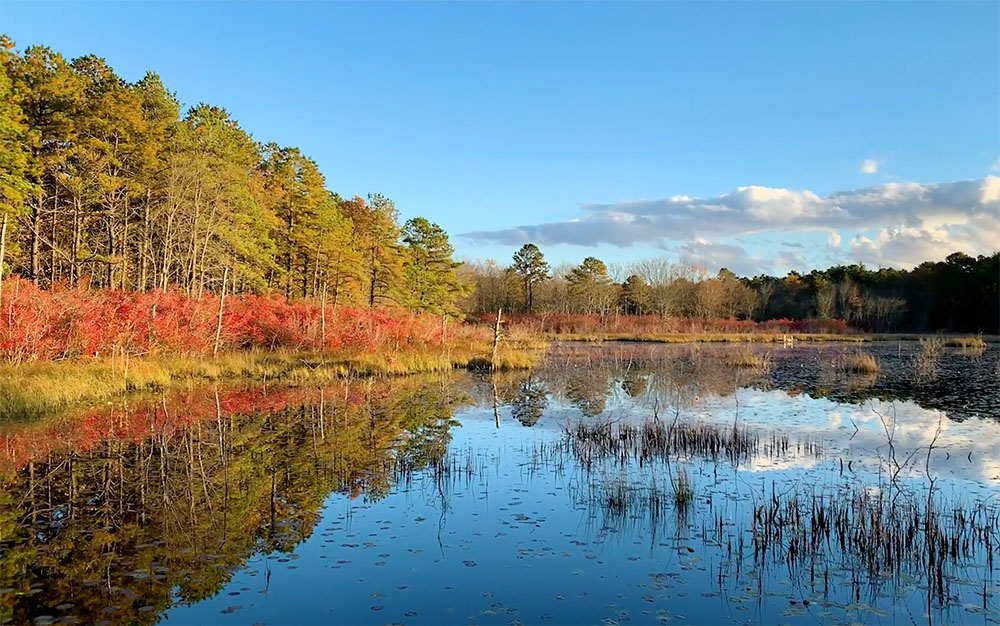 Long-time Pinelands advocate Theresa Lettman was confirmed by the state Senate to serve on the New Jersey Pinelands Commission on January 10th.

Long-time Pinelands advocate Theresa Lettman was confirmed by the state Senate to serve on the New Jersey Pinelands Commission on January 10th. This marks the end of a three-year confirmation process which began with her nomination by Governor Murphy in early 2019.

Lettman got involved in public service for the environment when water contamination threatened her neighborhood in the Pinelands National Reserve. In 1990 Lettman became one of the first employees of the nonprofit Pinelands Preservation Alliance.  As Director of Monitoring Programs she tracked all the actions of the Pinelands Commission and built a large grassroots network among the 56 Pinelands municipalities. Her experience and deep understanding of the regulations governing the Pinelands make her a natural and highly qualified choice to serve as a Pinelands Commissioner.

In addition to working for the Pinelands Preservation Alliance, Lettman has been a trustee of the New Jersey Natural Lands Trust since 1995.  She has also served as a board member of the Ocean County Natural Lands Trust Advisory Committee, was on the Ocean County Solid Waste Advisory Council, and served as chairperson of the Manchester Township Environmental Commission. In 2005 she was inducted into the Toms River Schools Hall of Fame “as a politically active environmentalist who has dedicated a considerable part of her life to the people of Ocean County. “ Lettman retired from the Pinelands Preservation Alliance in January 2017.

Theresa Lettman was nominated to fill the seat of Candace McKee Ashmun.  Candy Ashmun was the last of the original members still serving on the Commission, which was founded forty-three years ago in 1979. Ashmun requested Lettman as her replacement but passed away in May 2020 and was not able to see this happen. Ashmun wrote a letter in 2019 to explain why Theresa would be the best person to replace her on the Pinelands Commission.  She said the following:

“The Pinelands is a unique region not only for its ecology but also for its politics and its plan. The Comprehensive Management Plan has been successful as a result of multiple administrations and organizations supporting the cause. I have been fortunate to participate in this one and only National Reserve. As the last original commissioner, I get the opportunity to reflect back on the personalities and expertise that commissioners provide to the Pinelands, and a diversity of backgrounds is important to the survival of the Pinelands. It needs lawyers, farmers, planners, environmentalists, government officials and so many others to provide the balance and resources. It is truly amazing to have so many individuals that give their valuable time to the Pinelands. . . . I think the most important reason for me to stay was to pass the torch on to someone who understands the Pinelands and who is intimately familiar with the Comprehensive Management Plan and its administration. I  find that replacement in Theresa Lettman.”

I think the most important reason for me to stay was to pass the torch on to someone who understands the Pinelands… I  find that replacement in Theresa Lettman.

The Senate also confirmed Laura Matos and Davon McCurry to the Pinelands Commission on Monday. Pinelands Preservation Alliance objected to the fact that Matos and McCurry were nominated to fill seats occupied by the current Chairman, Rick Prickett, and D’Arcy Rohan Green. Both Prickett and Green served to effectively protect the Pinelands for years and were proven advocates for the environment.  In their new roles, Matos and McCurry have large shoes to fill.

The first and most important task of the new Commissioners will be to join their colleagues in choosing a new Executive Director who will prioritize bold protections for the 1.1 million-acre Pinelands National Reserve that is home to rare plants and animals, vast forests, critical wetlands and a pristine 17 trillion gallon aquifer.