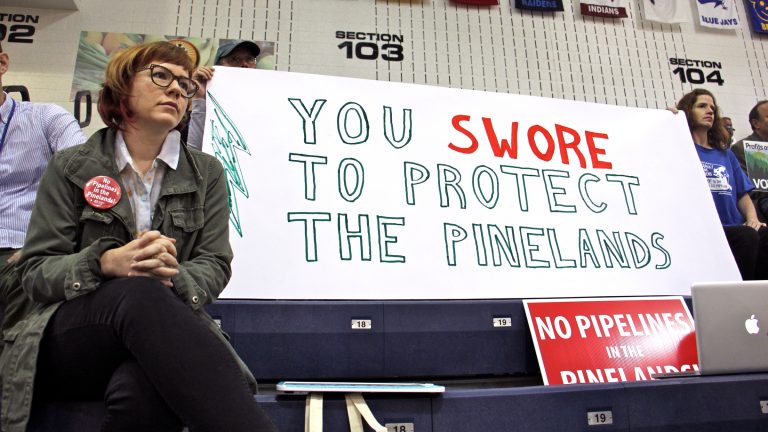 Governor Moves Against the Pinelands

In a truly shocking move, Governor Murphy today nominated three corporate lobbyists for the Pinelands Commission. They would replace three seasoned environmental leaders with years of service for the Pinelands.

All three of the new nominees appear to have fundamental conflicts of interest due to their employment as lobbyists for industry.  Only one of the three appears to have any prior interest at all in environmental protection.

As the only advocacy organization dedicated to Pinelands protection, Pinelands Preservation Alliance has been in frequent contact with the governor and his staff about the Pinelands Commission, and no one breathed a word of this scheme to us or any other environmental leader.  The governor has also made the nominations soon after the election, and they are to be confirmed during the Legislature’s short lame-duck session before the new legislative session that starts in January.  So this was carefully planned to avoid bad publicity before the election and to allow the confirmation process to be railroaded through the State Senate.

The new nominees would replace Ed Lloyd, New Jersey’s most prominent environmental lawyer with decades of experience in the Pinelands, Rick Prickett, a retired science teacher who has worked his whole life to protect the Pinelands, and D’Arcy Rohan Green, a long-time advocate for Barnegat Bay and the Pinelands.

Here are the new nominees:

Elvin Montero is Deputy Director of the NJ Chemistry Council, a lobbying/industry association for chemical manufacturers.  Its website praises companies like Union Carbide and American Cyanamid and shows the Council opposes every meaningful environmental protection reform.

Davon McCurry is Deputy Head of Market and Government Affairs at Orsted, the huge wind energy firm that has won contracts to develop turbines off the Jersey shore – that is, a lobbyist for a company with vast development interests in South Jersey.

Laura Matos is Managing Director and General Manager of Kivvit, a national political lobbying and media firm whose clients include many of America’s biggest corporations and trade associations.

PPA’s opposition to these nominees is not personal — they are undoubtedly all great human beings.  But their employment, the minefield of conflicts of interest that they would bring with them, and their lack of any prior involvement in Pinelands protection show they are not nominated to make the Pinelands stronger and more effective in preserving this region’s unique natural resources.

We need your help to make sure these nominees are not confirmed!

Email your State Senators asking them not to support their confirmation.

24 responses to “Governor Moves Against the Pinelands”