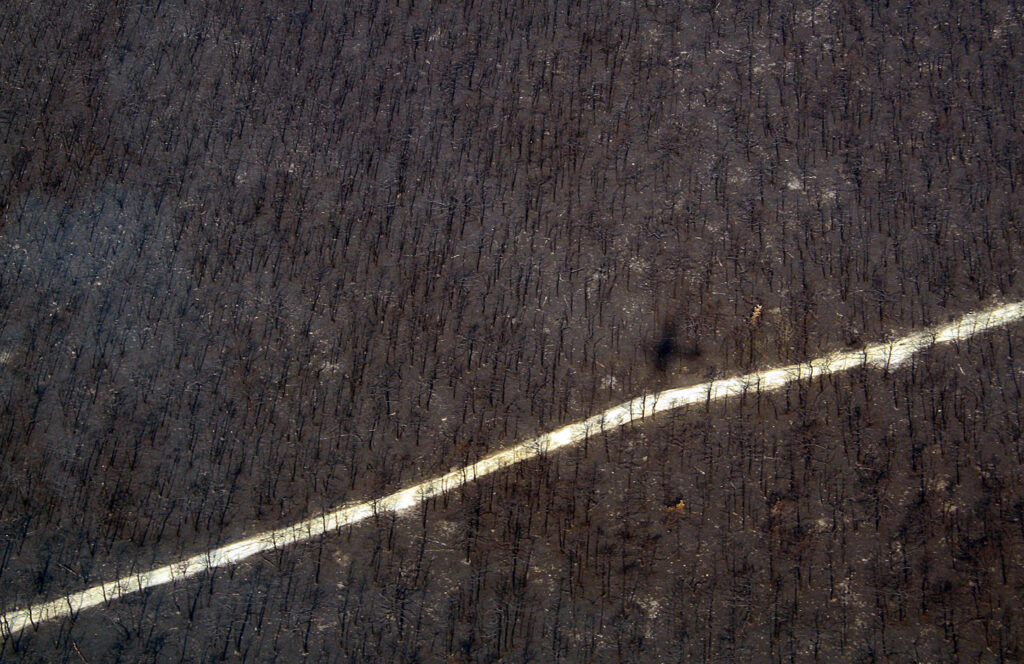 A sandy road cuts through a burnt forest.

The 11,000-acre fire is presumed to have been a result of human activity.

From space, it almost looks like New Jersey skinned its knee.

Just off to the left of where the shoreline dives southwest at Barnegat Inlet, you can’t miss it. Nestled in the familiar, lush greenery of the Pine Barrens emerges a brownish-black scar, lined with tendrils of green where thin lines of trees were spared by the whipping winds that fueled New Jersey’s largest forest fire in years.

Satellite View Before and After

Click and drag the white bar to the left.

New satellite imagery shows the true extent of massive forest fire, which began on March 30 and burned more than 11,000 acres before being put under control Monday. It was large enough to cause ash to fall across southern New Jersey and produce a chimney-like smell in the air as far north as Newark.