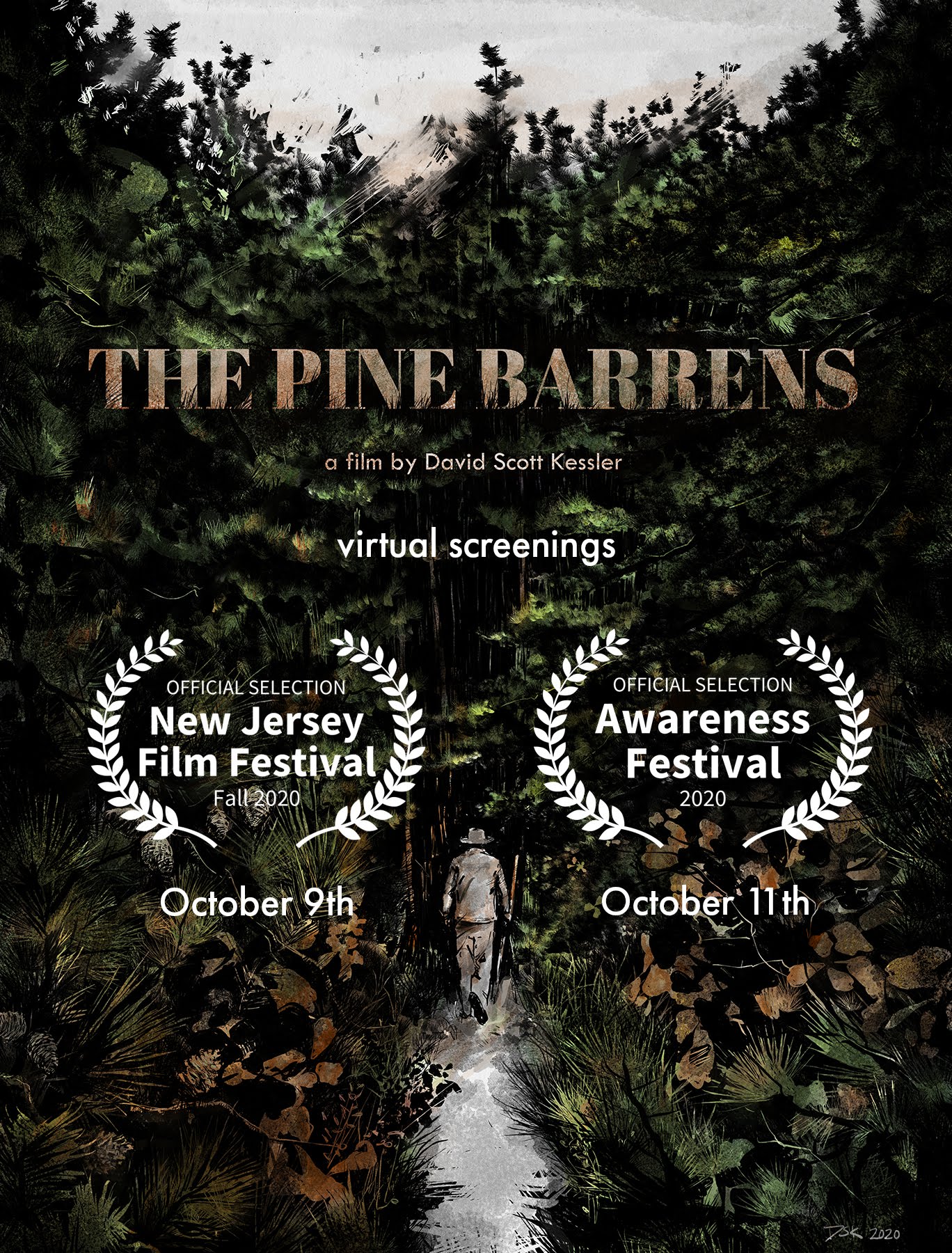 This film is being featured as part of the New Jersey Film Festival.  After registering you will get a link allowing you to watch at the time of your choosing on October 9.

A wilderness stands in defiance of the encroaching megalopolis that surrounds it. Rare orchids and endangered species thrive near busy roadways. Wildfires rage through forests bringing life to its sandy soil. Land once deemed inhospitable, gave rise to a community and with it, a sense of pride inexorably linked to the diminishing island of darkness. Under a veil of folklore and myth, within the most densely populated state in America lies the New Jersey Pine Barrens.

For six years, during a period of political flux that threatens to undermine New Jersey Pineland’s protections, David Scott Kessler filmed the forest and its inhabitants in order to create a growing and evolving portrait of nature and identity. The project, which evolved as a series of live performance scored by The Ruins of Friendship Orchestra, aims to capture the surreal wonder of the Pinelands in the hope of rekindling the sense of importance and imagination that helped to preserve it over 40 years ago. 2019; 104 min