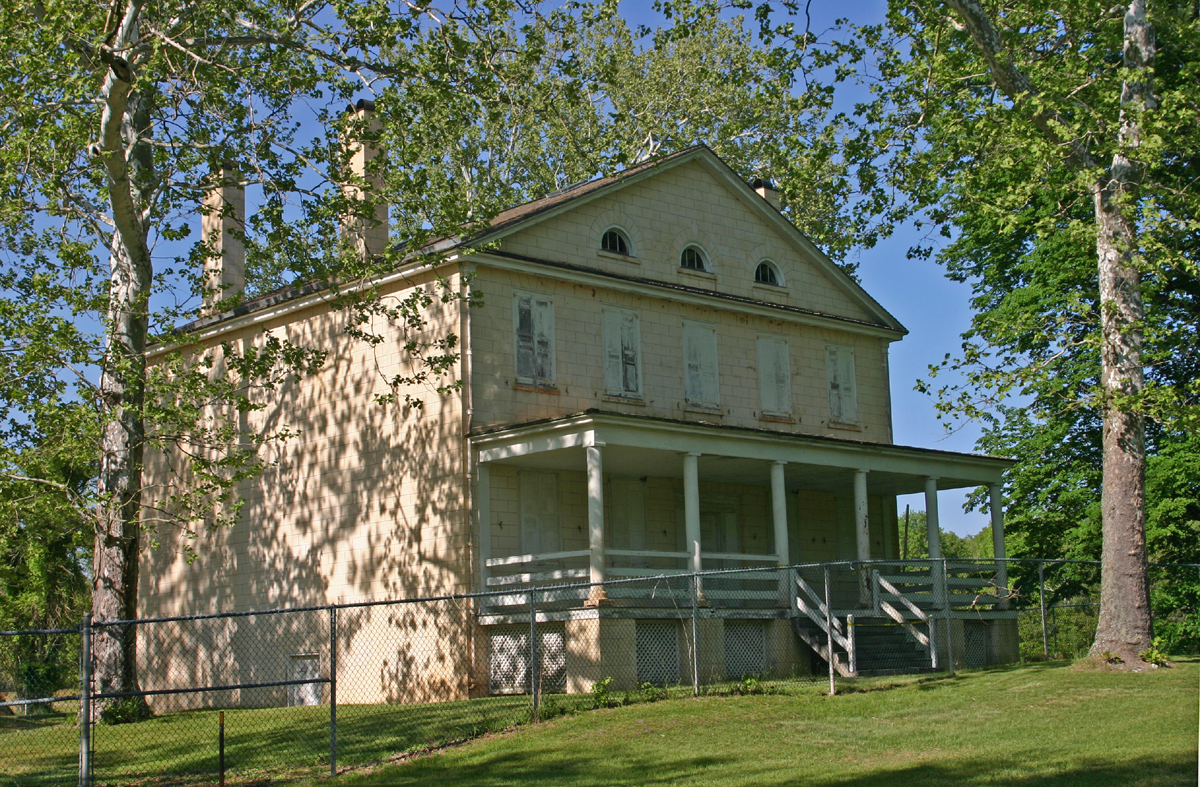 Atsion Mansion tours are offered on Saturdays and every other Sunday through the summer. Tours start at 1:00pm and 2:00pm and last an hour.  Schedule subject to change contact Wharton at 609-268-0444 before your visit.

The Atsion Mansion was built in 1826 as a summer home for Samuel Richards. Richards, who a prominent ironmaster from Philadelphia, was the operator of the Atsion furnace along the Mullica River. After Richards died in 1842, the property was passed down through his heirs, and finally sold to another Philadelphia merchant, Maurice Raleigh. The Raleigh family was the last to use the mansion as a residence. When Joseph Wharton purchased the property in 1892, he used the mansion for packing and storage for his cranberry production. The state acquired the property in 1955.

Today the mansion appears as it was back in 1826. As such, it does not contain plumbing, electricity, or heat other than fireplaces. The home, unfurnished, is offered as an architectural tour, reflecting on the Greek Revival style of the building.

Join a tour guide as they walk you through the spacious rooms of the Atsion Mansion. You will learn the history of the house itself, of the local area, and of the once-thriving industrial village of Atsion.  Meet at the Atsion Office in Wharton State Forest.